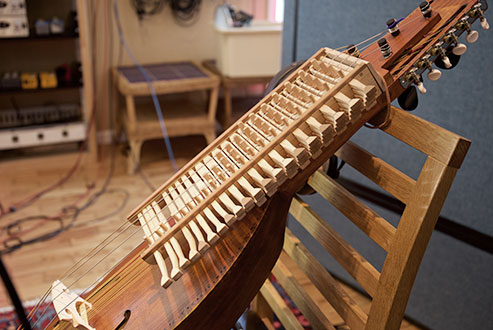 Nyckelharpas, our latest product, is a Swedish keyed string instrument. It’s been a very popular release, with loads of great feedback from users – largely due to the versatility of the package, with two models of harpa, and bowed and pizzicato articulations.

END_OF_DOCUMENT_TOKEN_TO_BE_REPLACED

Longtime Soniccouture user Anders Wall helped beta test the instrument with us, and he made this great video replacing the audio on a live Nyckelharpas performance with audio direct from the kontakt instrument.

Anders wrote this about the video:
“Magnus Holmström is an amazing performer, my mockup doesn’t come close to his playing.
But then again most of the players I’ve recorded over the years doesn’t have the same skills with the bow as he. I believe the mockup I did, with some added reverb and some light use of an exciter, would sound as good as many players out there.”

Anders: “The strength the two instruments Soniccouture offers are that they are so versatile.
For example, I like the noise from keys but not the sympathetic strings. It’s so easy to dial that in.
This mockup has slightly more of the key-noises than default and I activated some of the effects that comes with the instrument.”

Thanks to Anders Wall and Magnus Holmström. 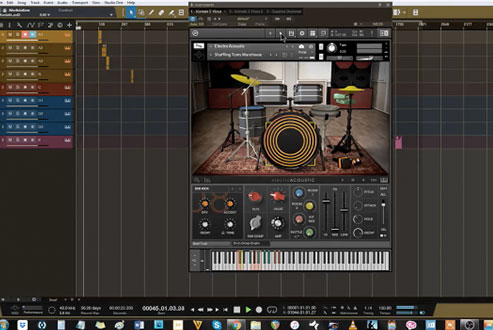 Cory Pelizzari makes excellent videos about sampled instruments.
His considered, calm delivery enables him to get really deep into a product without it ever feeling overwhelming.

END_OF_DOCUMENT_TOKEN_TO_BE_REPLACED

He’s made 4 videos about Soniccouture instruments now ( see below), and even we learnt some tricks when watching them. Highly recommended, subscribe to his Solonoid Studio youtube channel now. 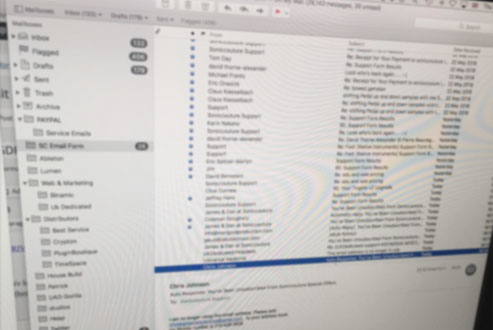 We have spent some time getting up to speed with the new GDPR privacy regulations that come into force on 25th May 2018.
Our Privacy Policy has been fully reviewed and updated, you can read it here:

END_OF_DOCUMENT_TOKEN_TO_BE_REPLACED

We have always taken users privacy very seriously, and have never shared data of any kind with any other company or third-party in the past – at all.

To us that would simply be crossing a line and extremely disrespectful.

We very much plan to continue this philosophy in the future.

We have also made some improvements to the site, in particular a specific place where users can update their privacy settings whenever they want: 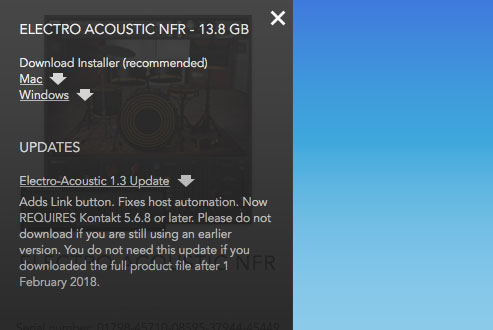 Instead of resting on the laurels of 2017, we have spent the last month updating – implementing requests, fixing stuff. For you, the user.

END_OF_DOCUMENT_TOKEN_TO_BE_REPLACED

All updates are free and can be downloaded in your User account area. 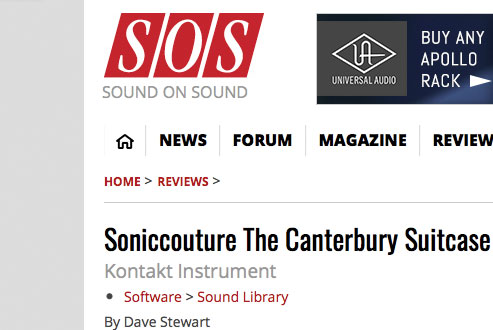 “this is one of the best sampled Rhodes I’ve heard.. ”

“a supremely playable and dynamic instrument.”

END_OF_DOCUMENT_TOKEN_TO_BE_REPLACED

Not our words, but the words of Sound on Sound magazine. David Stewart tested Canterbury Suitcase for the uk based magazine, and found himself

“lost to the world for a few hours, happily improvising celestial harmonies on this supremely playable and dynamic instrument.”

He also observed that:

“I was immediately taken by its strong, pinging ‘bell’ attack, and pleased to find that both the attack and body tone remain consistent across the piano’s seven-octave range, with no dead notes, buzzes or volume dips — the mark of a well-maintained Rhodes.”