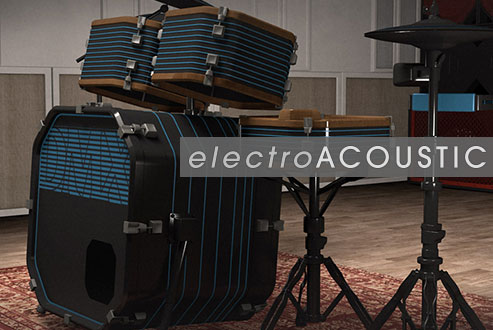 We’re pleased to announce the release of Electro-Acoustic, a new drum VI which offers a new angle on classic drum machine sounds.

END_OF_DOCUMENT_TOKEN_TO_BE_REPLACED

It has been something of a labour of love for us, as the scope of the instrument grew over 18 months, incorporating forensic line-level sampling of 15 different drum machines, and then two separate studio sessions, 6 months apart, to try to get the right results.

We think the results were worth it – it’s probably the most complex Kontakt instrument we have created, with a ‘matrix’ of channels that all work together and a deep editing system giving huge control over sound design.

The three sequencers turn it from ‘just’ an instrument into a very useful compositional tool, with intelligent tools like Euclidean Beats to provide solid, tight beats and the new Poly Beats tool to take your track into weird rhythmic spaces.

We’d like to thank Flipside Sound systems for their help with the PA, Monnow Valley & State Of The Ark studios for their enthusiasm for the strange recording concept. 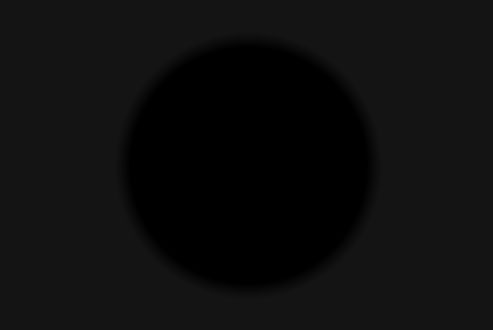 We will be having a short sales promotion to commemorate Black Friday, a traditional pagan festival where all the people in the village would gather together to celebrate the availability of cheap flatscreen TVs.

END_OF_DOCUMENT_TOKEN_TO_BE_REPLACED

This sale of ours will last from 25th to the 28th November. There will be variety of discounts on offer, up to 60% off in some cases.

Full details will be available on the 25th. 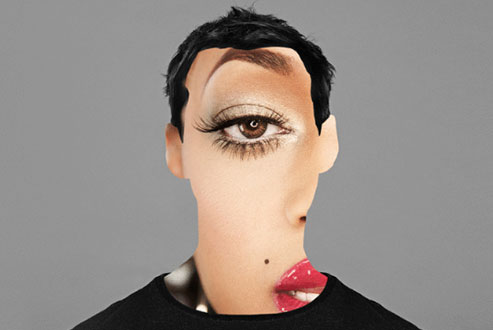 END_OF_DOCUMENT_TOKEN_TO_BE_REPLACED

Warp records artist Clark has given a way a new track which heavily features that techno staple: Soniccouture’s Conservatoire Collection; specifically, one of the harpsichords. Whether it is the French or the Flemish we will leave it to you to guess.

You can download the track (Empty The Bone Thugs Of You) here: 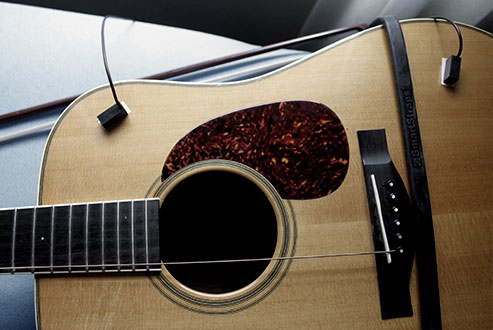 We’re excited to announce that we have finally released Xbow Guitars. That ‘finally’ is there because this project has been around a long time. Veteran Soniccouture users will know our Ebow Guitar instrument; released in 2007, it has remained popular, largely because of the slightly magical ebow acoustic sound it featured. Pure, near-sine, waves, but with subtle organic percussive touches from the key-offs; the sound of the strings being released by the finger.

END_OF_DOCUMENT_TOKEN_TO_BE_REPLACED

Over time, though, the Kontakt 3 interface had got pretty dated, and we were keen to get it encoded for Kontakt Player also, but wanted to give it a worthwhile sonic update if possible. So Dan began experimenting with different weird ways of generating sound from guitars. If I remember correctly, the vibrator (yes, the sex thing) was an early idea which gave interesting, mandolin-esque, results, but other ideas were somewhat slow in coming. So the project always remained on the shelf while others came to flower sooner. Eventually, as a a re-imagining of the guitar as simply another type of stringed instrument, the full set of cello bow articulations was recorded, which added a completely different context to the project. Disconnecting the idea of powered stimulation and other semi-electronic directions, the true heart of the library was discovered in one of the most traditional forms of string excitement – the horse hair bow. We sampled several articulations like this, including playing with the wood of the bow (col legno). The main violin bow articulation is a dynamic crossfade patch, interpolating between the soft bow and the hard bow, and can be extremely expressive.

The final part of the puzzle emerged last year with the release of a new version of Godley & Creme’s Gizmotron, a device that attaches to an electric guitar and uses tiny rubber wheels to bow the strings. You can vary the speed (velocity) of the wheels on the device itself, which we then sampled to create a dynamic crossfade system in the virtual instrument. 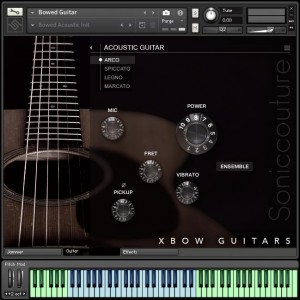 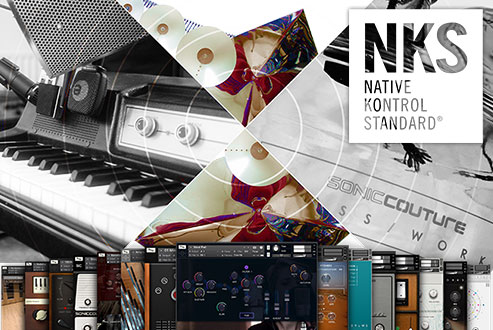 The final set of Soniccouture instruments have been fully rebuilt and encoded for NI’s NKS format. This set of instruments included many older products were were keen to update in depth, with new GUIs and extra features.

END_OF_DOCUMENT_TOKEN_TO_BE_REPLACED

Existing users should login to their accounts, and click on ‘downloads’ for each individual products. Some have simple update files, but some require downloading the entire full product again from the main link. 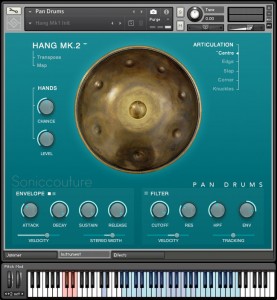 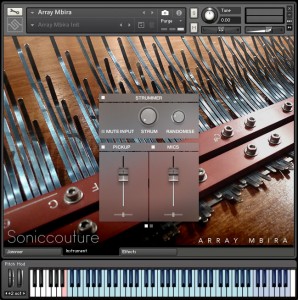 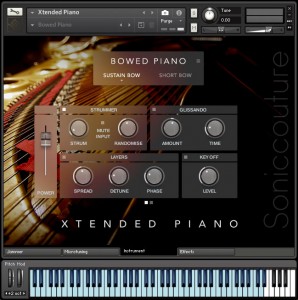 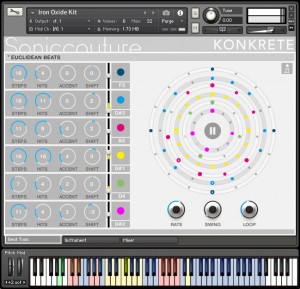 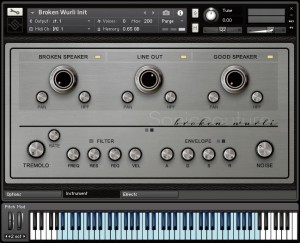 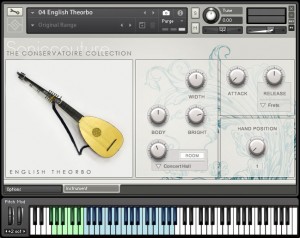 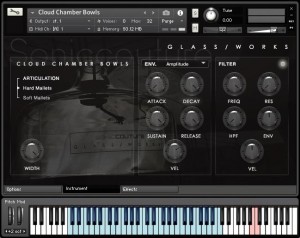 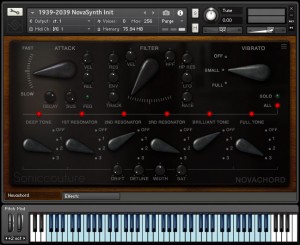