On 28th March 2011, Soniccouture released a special instrument, to raise money for the Japanese tsunami and earthquake disaster. The Omnichord was based on samples from a Suzuki Omnichord System Two from the 1980s, a unique synth that is played by strumming a metal plate.

The instrument was available until 30th April, and in that time over 1600 downloads were sold. 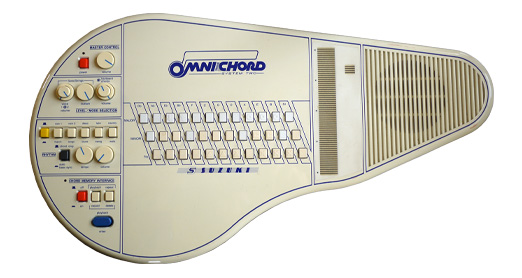 We have now donated all the money to the Red Cross Japanese Disaster Appeal, where we hope it will help the victims of this terrible earthquake.

We'd like to thank everyone who took part and bought the Omnichord instrument.