The Mbira is a folk instrument originally from Africa.

Sometimes called a Thumb Piano, Sanza, or Kalimba, they are generally home-made and consist of metal tines attached to a piece of wood, which are plucked with the thumbs. They are mostly small, with a handful of notes.

Array Instruments, started by Bill Wesley and Patrick Hadley, have taken the concept of this ancient African idiophone to a whole new level, not only in terms of instrument design but also in purity of sound, and range of pitch.

The Array Mbira is no toy, it’s a highly advanced musical instrument built to exacting speciï¬cations.

The Mix page allows control of the separate mic and pickup channel levels, as well as the KSP Strummer module, where you can strum the Mbira using the mod-wheel or controller of your choice.

The latest evolution of our generative arpeggiator - Hold a chord, and let it evolve - or loop a section and jam between 12 sequences. Record your patterns with the MIDI recorder, and drag and drop into your DAW..

A shot showing the twin sound holes, straight through the body of the Mbira.

The Array note system marked on the mounting plates.

An overhead view of the mbira. 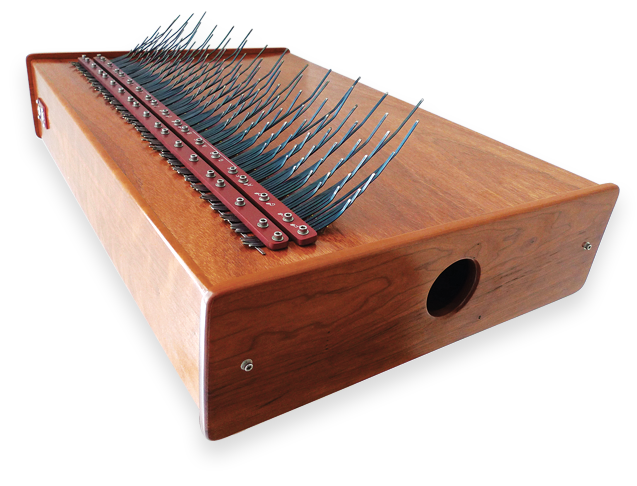 The Mbira's large sound box (this model is about 77 cm across ) allows for much deeper pitches to be heard acoustically: the lowest fundamental on our mbira is in the region of 33 Hz.

All Array Mbiras come equipped with a 2-channel piezo pickup system, allowing for easy ampliï¬cation and line-out recording. The low end from the pickups alone is surprisingly smooth and deep; combine it with mics and it's booming. 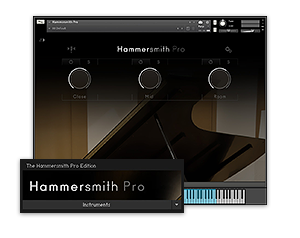 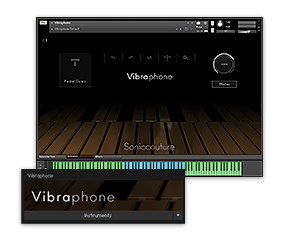 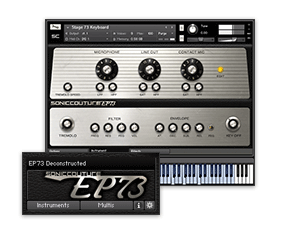 A complete sonic exploration of the tines and mechanisms : Bowed, Plucked, Mallets and SFX push the limits of the sounds an electric piano can make. 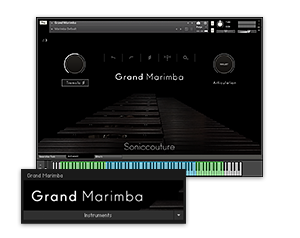 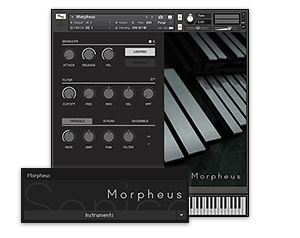 A Morpheus and Bass Wing. Aluminium tone bars give an incredibly pure, glassy sound which is well suited to pads as well as percussion. 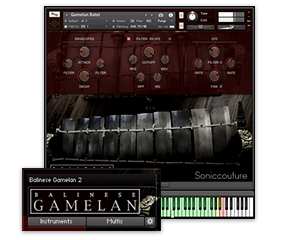 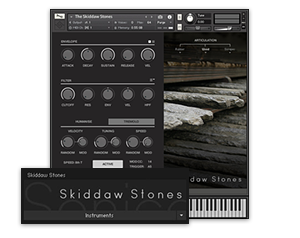 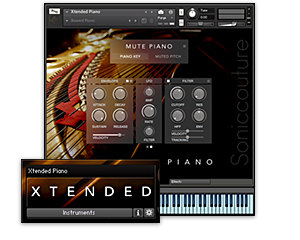